Our wide range of steam generators for industrial use allows us to respond to the many needs of the market, providing our customers with industrial boilers for producing steam for small flow rates at low pressure, boilers of various capacities for medium and high pressure, up to very powerful generators for the most demanding applications.

What an industrial steam generator is used for

Such a generator is used to produce saturated steam, which means it is in an equilibrium phase between liquid and gaseous state and can be heated further to the desired process temperature.

These generators are used for industrial processes and the operation of large heating plants. In general, the main areas of application are:

These types of industrial boilers consist of a metal tank and operate through a series of pipes or circuits aimed at heating the water inside them.

Depending on the type of piping, generators of this type can be divided into two categories:

An industrial generator of this type has as its main advantage, precisely that of using steam as an energy carrier, which has numerous advantages, including lowering the consumption and energy costs of the plant.

Why is using steam convenient? Firstly, it can be produced economically using different fuels (LPG, diesel, etc…), furthermore, it is possible to change its pressure, a parameter proportional to the temperature of the liquid that reaches the gaseous state. This correlation makes it easy to control the energy delivered and is a rather advantageous feature because it makes other mechanical equipment, such as a pump or compressor to move the evaporated liquid, superfluous, because it is the pressure itself that provides the necessary thrust to be able to distribute it to the end user.

Another advantage lies in the fact that the thermal energy released is sterile (a very important property for some sectors, such as the food and pharmaceutical industries) and can be transferred directly to the process or to another energy carrier.

All steam generators are industrial boilers designed, tested, built based on the latest regulations, and can be certified according to PED, ASME, naval bodies or other regulations depending on the country of installation. 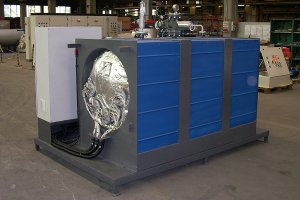 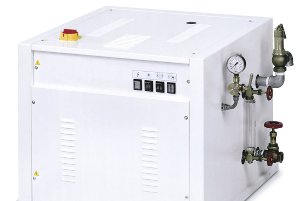 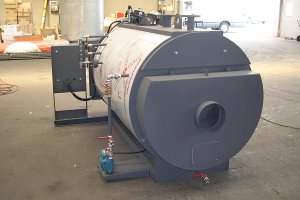 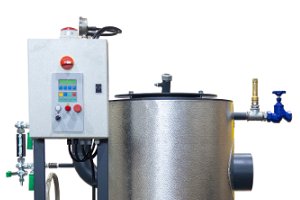 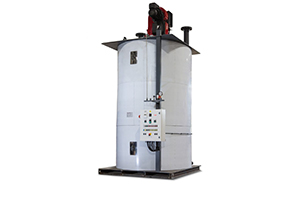 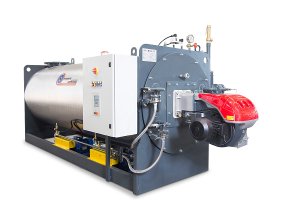 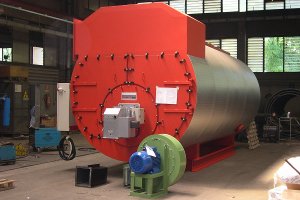 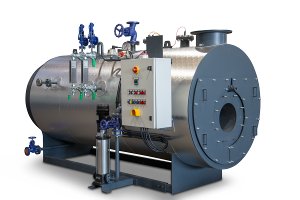